It has now been over a week since I came back from the UK Games Expo which was held at the birmingham NEC. This was my third year at the event and this time around I went with my good friends David, Chelsea and Lewis.

The four of us arrived the day before the expo and kicked things off with dominoes pizza before heading to the NEC to pickup our tickets. Sadly David and Chelsea had to leave us at this point to reach their hotel which left Lewis and myself to venture into the Hilton in search of games.

However when we got there the only room we found open was one of the smaller side rooms and that was already pretty packed with gamers. Luckily we managed to find a couple of open spots on a game of Kingsburg where we made two new friends, caught up with Matt from Creaking Shelves and I got my very first win of the Expo. 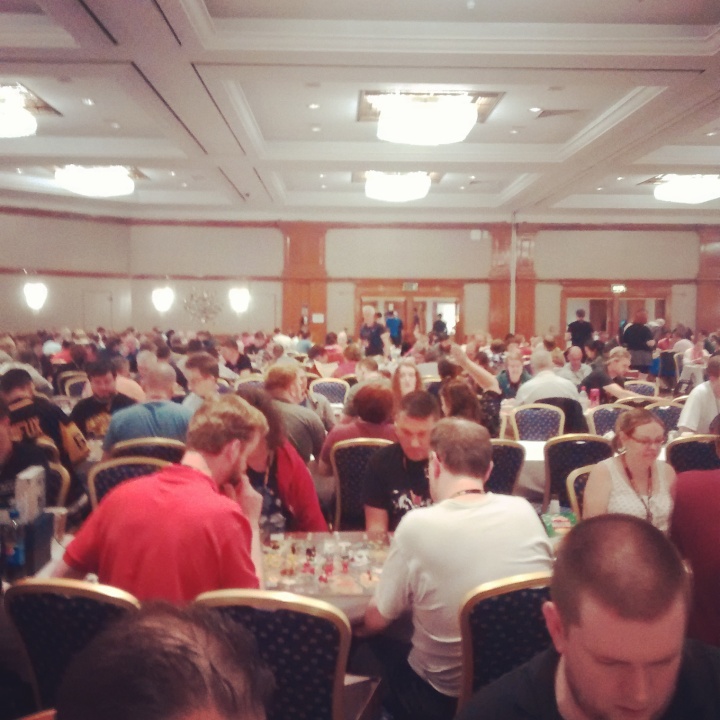 Friday Night After Hours Gaming in the Hilton.

That night we also introduced several gamers to Russian Roulette Championship Manger, a game with far more re-playability than the name suggests. Essentially each player leads a team with the winner being the last team standing or the first to reach fifteen points. It ended up being played several times during the weekend and each time was a blast.

The first Day of the UK Games Expo began with bag checks and I for one didn’t mind, in fact it was nice to see all the extra security around the venue. Also being able to pick up the tickets on the thursday meant that we were able to skip the long queue to get in and I really hope that they do this arrangement again next year. 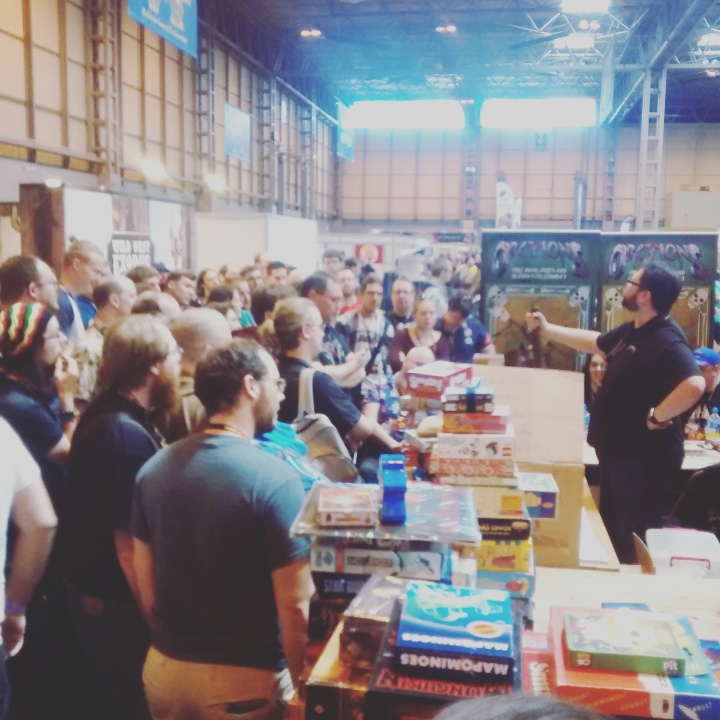 Our first stop at the UK Games Expo was to visit our good friend Elliot otherwise known as the Orctioneer. This year their stand was right by the main stage and featured a large amount of games on reverse auction. The stand also played host to his own game called Orctions and a forward auction which got more and more popular as the weekend went on.

There were tons and tons of games being demoed and sold at the Uk Games Expo and I was lucky enough to add a few of the them to my collection. The first was Ghostel from Tinkerbot Games which I got to play at NoBoG a few weeks earlier. My second purchase came in the form of Vikings Gone Wild from a place that had no one, not two but three expansions for the game.

One of the cool things about the Uk Games Expo is that there is a lot of space for after hours gaming. You do have to get a move on if you want to get a space however as the halls do fill up rather quickly. But once again we got lucky and found enough space to break out our latest purchases and make a few new friends in the process.

Another cool thing about the Uk Games Expo is that you never know who you might see at the show and who you might get to game with in the evening. A lot of the Dice Tower crew were there this year and during the after hours gaming we got to play a few games alongside the people from Entropic Games who make a neat Dystopian card game called Oligarchy. 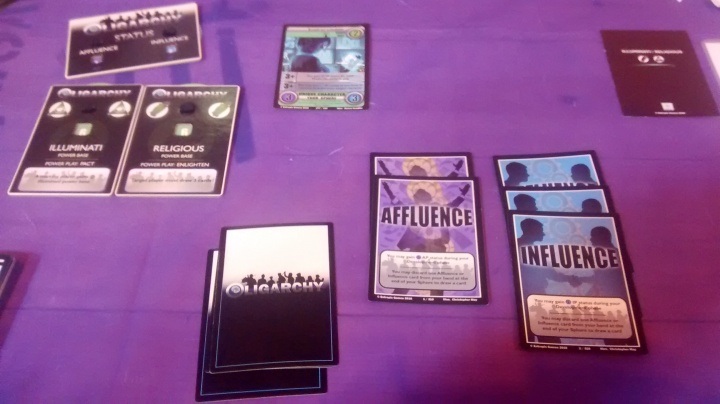 Check out more about Oligarchy here.

The Uk Games Expo has so much more to offer than just games being demoed and sold to players. Plenty of places to grab something to eat or drink, a hall for tournament players and a wide range of panels in addition to interactive events such as The Dark Room led by the incredibly funny John Robertson.

The Dark Room is the worlds only live action video game which combines retro gaming and improv comedy that will have you falling off your seat with laughter. Going into this show I had no idea what to expect and it turned out to be an incredible experience and a lot of fun.

You Awake to find yourself in a Dark Room.

Back at the main part of the Expo I had the chance to have a go at a wide variety of new and upcoming games. One of my goals for this years expo was to check out codenames Duet, a new version of the game. Eventually I managed to get a game of it and it actually turned out to be pretty interesting.

Scuttler’s Island is another of the demoes that I got to have a go at during the expo. The game itself is a bit like Tsuro in that you are laving paths to follow but unlike that game your path can join up with other players which encourages players to eventually work together. It is an interesting game that is currently on Kickstarter.

I saw a lot of incredible games and had so many amazing experiences at this years expo and even though the show has not long been over I am already planning ahead for UK Games Expo 2018. 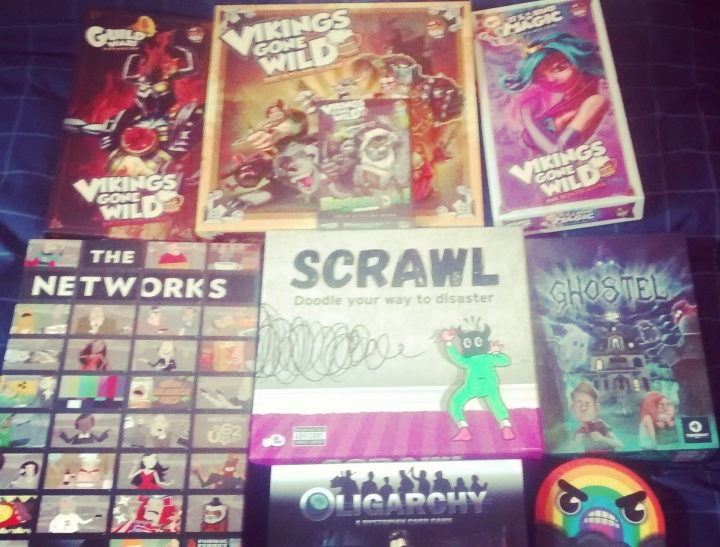 If you have any questions about the event then I would be more than happy to answer them in the comments. If you went to the Expo feel free to tell me about what you liked most about the event and what games you were most excited to check out/pick up. 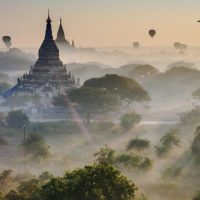 All about board, card and tabletop games